The Jaw-Dropping Scope of TMJ Disorders

In 2007, competitive eater Takeru Kobayashi announced that he was suffering from an arthritic jaw. The one-time king of the Coney Island hot dog-eating contest could open his jaw only as wide as a fingertip.

The Japanese-born Kobayashi reportedly was diagnosed with temporomandibular joint (TMJ) disorder, joining more than 10 million Americans suffering from the same affliction, according to the National Institutes of Health (NIH).

The New York Times estimated that as many as three-fourths of Americans have one or more signs of a temporomandibular problem. Among patients with the most severe/chronic and painful disorders, the ratio of women to men is 9:1, according to the TMJ Association.

A temporomandibular joint, or TMJ, can be found on each side of our heads. These joints connect the lower jaw (mandible) to the temporal bone of the skull.

TMJ disorders, also known as TMD, generally describe pain and dysfunction in the muscles that move the jaw and the joints that connect the jaw to the skull. TMD can affect our ability to speak, chew, swallow, make facial expressions and even breathe, according to the TMJ Association.

The muscles that control the joints allow the jaw to move side to side, up and down, and forward and backward. The combination of hinge and sliding motions, the NIH noted, makes the TMJ among the body’s most complicated joints.

Symptoms linked to TMJ disorders include:

But facial pain can be a symptom of many conditions, such as sinus or ear infections, headaches and nerve-related facial pain. For this reason, NIH suggested, ruling out these other problems helps in identifying TMJ disorders.

Most patients with TMD also experience painful conditions in other parts of their bodies, according to the TMJ Association.

These conditions “occur together more often than chance can explain.” They include chronic fatigue syndrome, chronic headache and fibromyalgia.

Other research, the association noted, “indicates that TMD is a complex disease like hypertension or diabetes involving genetic, environmental, behavioral, and sex-related factors.”

“Complex cases, often marked by chronic and severe pain, jaw dysfunction, comorbid conditions, and diminished quality of life, will likely require a team of doctors from fields such as neurology, rheumatology, pain management, and other specialties for diagnosis and treatment.”

A 2011 study published in the National Journal of Maxillofacial Surgery described the causes as “complex and multifactorial.”

Often the exact cause is unknown. However, several contributing factors, such as occlusal abnormalities (upper and lower teeth coming together), orthodontic treatments, poor health and nutrition, can lead to a TMJ disorder.

TMJ pain can result from:

The NIH recommended that patients look for a health care provider with expertise in musculoskeletal disorders (muscle, bone and joints) and training in how to treat pain conditions.

Because more studies are needed, according to the NIH, experts recommend a conservative course of treatment that is not invasive to the tissues of the face, jaw or joint, such as surgery.

Physical therapy can address many of the factors that play a role in the complexity of TMJ disorders.

Often, one of the first steps is making the patient aware of common stress-induced behaviors, such as clenching and grinding teeth, that often lead to pain because of increased tension surrounding the joint.

Relaxation techniques and self-management of chronic stress can relieve some of these symptoms. A dental device, such as a night guard, might be prescribed for short-term relief but should not be used long term as it will not correct the dysfunction.

Physical therapy can address limitations within the joint or muscle around the TMJ. When limitations exist, soft tissue mobilization and joint mobility techniques can help increase range of motion in the joint.

Postural adaptations are among the common causes of TMJ disorders because of changes in the alignment of the cervical and thoracic spine regions. A physical therapist will be able to treat these spinal changes, muscle flexibility and strength, and postural muscle endurance.

The temporomandibular joint, or TMJ, actually is two (right and left) joints, comprising the round mandibular condyle that sits in the concave portion of the temporal bone of the skull.

The articular disc separates the mandible (lower jawbone) from the temporal portion of the skull and is biconcave, or shaped like a peanut. The disc is flexible and elastic cartilage that cushions the two bones where they meet, similar to how the meniscus functions in our knees.

The major muscles are the masseter, medial pterygoid, and temporalis, which help close the mouth, and the pterygoids and hyoids, which open the mouth.

•          Opening, the first 25 millimeters (mm) are a rotation in the joint followed by a forward glide of the condyle. This is accompanied by forward movement of the articular disc for a maximum opening of greater than 40 mm.

•          Resting position of the jaw is with the neck in a neutral position (head directly above the neck) and the mouth closed fully with tongue placement near the roofline of the mouth.

A 23-year-old female was referred to physical therapy for temporomandibular disorders (TMD) with complaints of closed locking. She reported a long-standing history of clicking in her temporomandibular joint (TMJ) and episodes of pain that had worsened and resulted in her jaw locking in the past three months.

She was on a pureed diet because chewing was too painful. She was unable to yawn and could not talk for more than five minutes without pain. She noted that her husband reported her clenching/grinding at night. She feared a recurrence of an episode in which her jaw locked: She was unable to unlock it herself and felt as though she were choking.

Because of these occurrences, she was seeing her dentist at least twice per week. She required sedation with Ativan and injections of lidocaine with manipulation to restore her jaw to opening and closing normally. Further questioning also revealed an association between stress and these episodes of pain and locking.

Upon assessment the patient could open her mouth 10 millimeters with pain throughout and with minimal side-to-side movement. She had poor posture: Her head was too far forward, increasing tension on the cervical and TMJ muscles at rest. An initial hypothesis suggested anterior disc displacement, which created a locking-closed position with muscle spasms.

Initial treatment was directed at self-management strategies to unlock her jaw. This allowed range of motion gains to 25 millimeters. Cervical retractions were used to improve cervical and TMJ alignment, which caused an immediate gain of mobility to 35 millimeters.

The other immediate concern was to address her stress levels to reduce clenching/grinding. She was taught visualization relaxation techniques, such as resting on a beach, to use before bed and during stressful parts of her day.

In the next two weeks, the patient reported an improvement in symptoms and reduced stress as she could independently control her locking episodes. Extremely motivated, she purchased relaxation CDs to use during her work commute, which she felt reduced clenching during the day.

The final phase of her program was to address muscular stability of the TMJ. These exercises included tooth tapping (touching top and bottom teeth), pencil rolling (rolling a pencil back and forth between top and bottom teeth), and controlled opening (tongue on roof of mouth opening as far as possible without pain).

Upon discharge, the patient had not experienced any episodes of locking since the first week of treatment. She had returned to a normal diet, but she was instructed to continue to avoid hard foods such as raw carrots and pretzels as well as “gummy” foods such as chewing gum and gummy bears. She was able to complete her tasks at work and home without symptoms and was able to manage her stress levels on her own.

This case is an example of an uncommon but serious TMJ disorder. Not only was it critical to find a self-management technique for her locking episodes, but it was necessary to address the underlying postural impairments for full restoration of function.

Medical literature is lacking when it comes to effective treatments for TMJ disorders. Because physical therapy is the least invasive option, it should be the first one considered for these patients.

Twenty to 85 percent of the U.S. population is affected by temporomandibular disorders, or TMD, which are a collection of medical and dental conditions affecting the temporomandibular joint (TMJ), masticatory muscles, and associated soft-tissue components.

The purpose of this study was to assess the affect of symptom longevity on functional outcomes, pain and patient perception of recovery after a rehabilitation program for TMD.

This study was a retrospective medial review of 48 patients seen with a primary diagnosis of TMD. Patients were classified into one of three groups based on the duration of their symptoms: acute (symptoms lasting fewer than 60 days); sub-acute (60-180 days); and chronic (more than 180 days).

Patients with TMD showed improvements in function and pain after a customized rehabilitation program. Even patients with chronic pain still had good outcomes with treatment interventions. Conservative methods including physical therapy should be considered to reduce pain and return to prior functional activities. 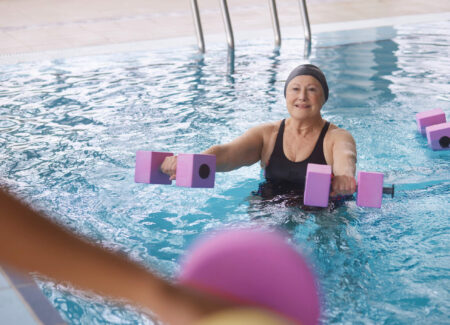