CMS released the 2021 Medicare Physician Fee Schedule final rule on December 1, 2020 which, despite pressure from healthcare providers and members of Congress, included a 10.2% decrease from the 2020 conversion factor. In addition, CMS finalized adjustments to the RVUs for several CPT codes commonly used by therapy providers including:

CMS also made adjustments to several work, practice expense, and malpractice GPCIs. Taking into consideration the adjustments to the conversion factor and RVUs, the overall impact to therapy providers was estimated to be roughly -9%, depending on the discipline (PT/OT), locality, and ratio of therapy evaluations to procedure codes.

On December 21st, Congress passed legislation which reduced, but did not entirely eliminate, the scheduled cuts. In addition to the fee schedule adjustments, the legislation also extended the temporary suspension of the Medicare sequestration through March 31st, 2021 and extended the Work Geographic Index floor minimum of 1.000 until January 1st, 2024. CMS published the revised 2021 conversion factor (34.8931) as well as the updated RVU and GPCI files the week of January 4th. The final impact to therapy providers for 2021 has been estimated to be roughly -3.0% depending on the locality and billing practices of the provider, a considerable decrease from the -9% reduction originally included in the final rule.

Over the course of the past year, CMS has implemented several additions, deletions, and reversals to the CCI edit list that have had an impact on therapy providers. Thankfully, the most recent changes that are effective as of 1/1/21 include some welcome deletions of code pair edits that have historically created reimbursement and denial issues, especially with commercial payors.

IRG has once again updated its “-59 Modifier Quick Reference Guide” and distributed it to all clinics to assist clinicians as they navigate the latest round of edit updates. 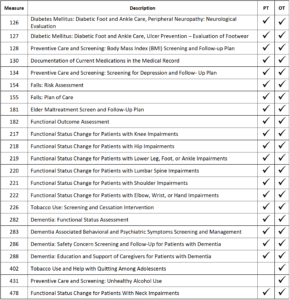 As the year comes to a close, therapy providers are looking ahead to 2021 and the impending reimbursement cuts that are scheduled to take effect on January 1st. Fortunately, Congress has been working to stop these cuts from taking effect. Through its affiliation with the Alliance for Physical Therapy Quality and Innovation (APTQI), Upstream has committed resources to lobbying and advocacy efforts to help fight these cuts. In addition, Upstream continues to stay abreast of legislative developments that would have a significant impact on therapy providers if passed. A quick summary of several pieces of legislation of interest which Upstream will continue to monitor in the coming weeks and months:

On October 30th, Reps. Ami Bera (D-CA) and Larry Bucshon (R-IN) introduced legislation (H.R. 8702) in the House of Representatives which would add funding to Medicare and direct CMS to essentially reset payment to 2020 levels for providers facing reimbursement cuts. Known as the “Holding Providers Harmless From Medicare Cuts During COVID-19 Act of 2020”, this bipartisan legislation would enable pay increases for primary care and other providers who often provide E/M services, while avoiding devastating, corresponding cuts for millions of other providers due to Medicare’s budget neutrality requirements. If passed, the legislation would effectively freeze payments at 2020 rates for services scheduled to be cut in 2021 for a period of two years while allowing the planned E/M increases to take place as scheduled. In a nutshell, if a code billed in 2021 carried a higher reimbursement in 2020, the provider would be still be paid at the lower rate established for 2021 plus an additional payment in order to level the total payment to the 2020 rate. There has been some concern if the bill were to pass as written that other payers who adopt the Medicare fee schedule would reference the 2021 Conversion Factor and RVUs as finalized but not make similar adjustments to offset the cuts.

Earlier in October, Michael Burgess (R-TX) and Bobby Rush (D-IL) introduced H.R. 8505, a bill that would establish a one-year delay of implementation of the cuts, paid for through the Pandemic Provider Relief Fund. If passed, this bipartisan legislation would temporarily waive budget neutrality adjustments under the Medicare Physician Fee Schedule. By waiving Medicare’s budget neutrality rule for one year, the legislation would give the Department of Health and Human Services and CMS the ability to immediately delay or mitigate the proposed cuts while allowing the scheduled payment increases to go into effect for primary care and other physician office visits. While a one-year delay offset by $10b from provider relief funds would not provide a long-term fix, it would allow time for affected specialties to lobby for a permanent consensus plan going forward.

In June, Reps. Brendan Boyle (D-PA) and Vern Buchanan (R-FL) introduced H.R. 7154, also known as the “Outpatient Therapy Modernization and Stabilization Act” in the House. The bill targets the proposed 2021 reimbursement cuts as well as several other key issues relevant to the therapy profession. In regard to the cuts, the bill would provide a one-year budget neutrality exemption so that payment increases for other providers do not force payment cuts for other specialties. In addition, the legislation includes an amendment to the telehealth provisions of the Medicare statute that would permanently allow physical, occupational, and speech therapy providers to bill for services furnished via telehealth as well as adjustments to the Medicare Physician Fee Schedule that would result in payment increases of 1% in 2021 and 0.5% in 2022 and 2023. The bill would also reduce administrative burdens by clarifying that either a physician’s signed order/referral for therapy services OR a signed plan of care would satisfy certification requirements but not both, as is currently the case.

Reps. Mikie Sherrill (D-NJ) and David McKinley (R-WV) introduced the Expanded Telehealth Access Act (H.R. 8755) in the House on November 16th, 2020. The bill proposes to add physical, occupational, and speech therapists to the list of providers that are eligible to provide telehealth services to Medicare beneficiaries. CMS has indicated that it does not have the authority to extend the current telehealth therapy provisions under the PHE without Congressional action. This legislation would make permanent the reimbursement eligibility for PTs, OTs, and SLPs and permits the Secretary of the Department of Health and Human Services to expand this list. While the proposed legislation may face challenges as a stand-alone bill, there is hope that several similar bills could be grouped in a bipartisan package and/or possibly included in a future stimulus package. 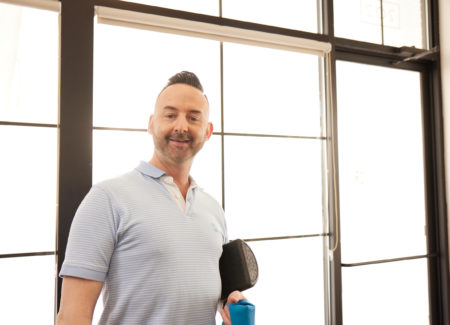 Frequently Asked Questions by Sellers Considering A Sale or Partnership of Their Physical Therapy Practice. 1. What can I expect from a partnership with Upstream?...

Selling Your Practice: 5 Tips for how to choose the right partner

Written by Eric Krell, Regional Vice President So you have made the decision to sell your practice but you are not quite ready to completely... 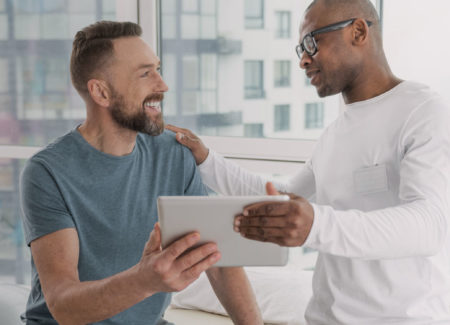 When is the right time to sell your physical therapy practice?

Lessons from a former practice owner. Written by Eric Krell, Regional Vice President Some of my friends call me a serial entrepreneur. My wife calls...